Maybe 8-10 years ago, I was perusing Abebooks searching for “Tobacco Album” when I came across a homemade album of actresses that had been skinned and pasted ever so neatly into album pages which were lined off by pencil.  The album was in Stockholm, Sweden, for sale by a book shop.  I corresponded with the proprietor and we settled on a price a hair below what he was asking for them.  Within the book of albumen actress cards was also a few pages of Duke, Kinney and Goodwin cards.  My hope was that those cards could be rescued from the pages and I could sell them or use them for trade bait.

The payment was sent and couple weeks later the package showed up at my box.  Inside the album was 57 pages, most of which had 20 skinned actress cards pasted neatly onto the page.  With no backs to speak of, looking through the cards, I think it’s safe to assume that the lion’s share of the cards were Sweet Caporal actress cards with some Duke cards and the occasional Kimball.  In addition to the actress cards and the other cards, five of the skinned cards were political subjects from the 1892 U.S. Presidential election as outlined below:

One page of the chromolithographed cards were Occupations of Women cards from Goodwin/Old Judge.  Cataloged N166A, these 11 cards soaked off the album pages with little to no back damage and looked fantastic.  They were all alone on the 20 quadrant page as shown below: 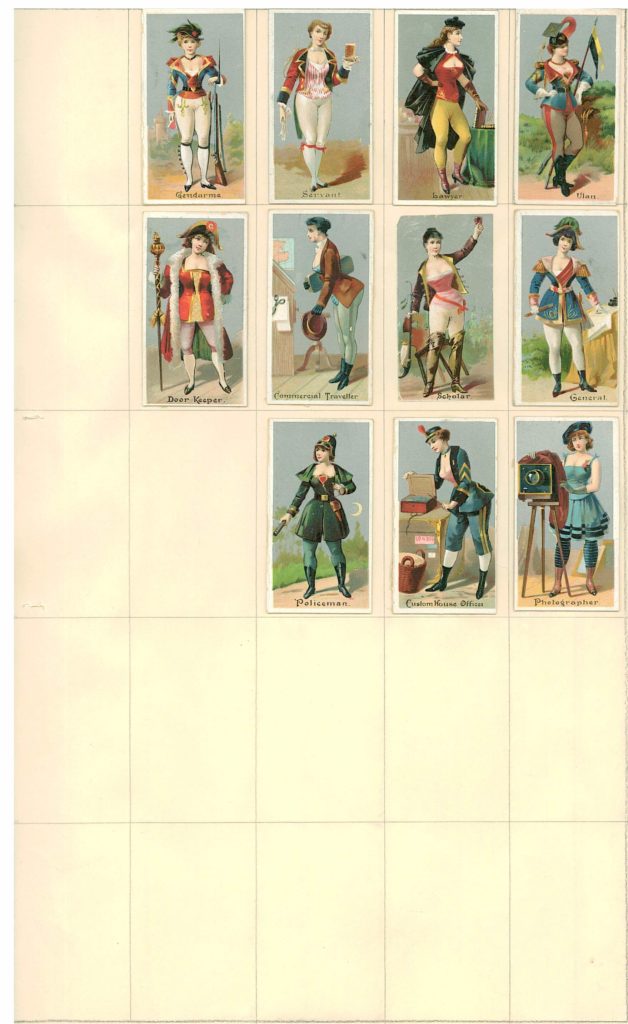 Maybe they left spaces hoping they could fill up the page with more of these cards.  The backs of them turned out so great and were jet black.  Wish I had some of those pictures to show.  The 57 pages contained over 1000 individual actress photos from cards and was a great reference work.  I ultimately sold the 54 pages or so of the album that weren’t chromolithographed cards to an advanced collector of actress cards to use as a reference book for poses that he might still need.

The album pages, in order as found in the album, can be viewed in a Google Photos Album located HERE

The album was very organized.  In addition to the lined 20-section pages, the first half or so of the book was for titled subjects and they were loosely organized in alphabetical order.   In the center of the book was three pages of the chromolithographed cards.  The back half of the book was for uncaptioned subjects and it also seemed to be organized loosely into head shots, full body shots and any time there were multiple examples of similar subjects such as dresses or multiple subjects or other similarities.  I always wonder who put books like these together when and how they accumulated the cards.

If you’ve collected these cards or the similar Goodwin Old Judge baseball cards from the N172 set, right away you’ll notice that a number of the cards in this collection had the pink hue that a number of the baseball cards have as well.  There were full pages of the cards like this and others just interspersed within individual pages.  The Whitelaw Reid, Benjamin Harrison and Adlai Stevenson shown above were also from this pink subset of cards.  I’ve always heard that there must have been a different chemical used on the albumen processing of the photos to create this type of finish.  In most cases, the pink finish causes the actual photo clarity to be much less clear and significantly lighter than other cards as shown below: 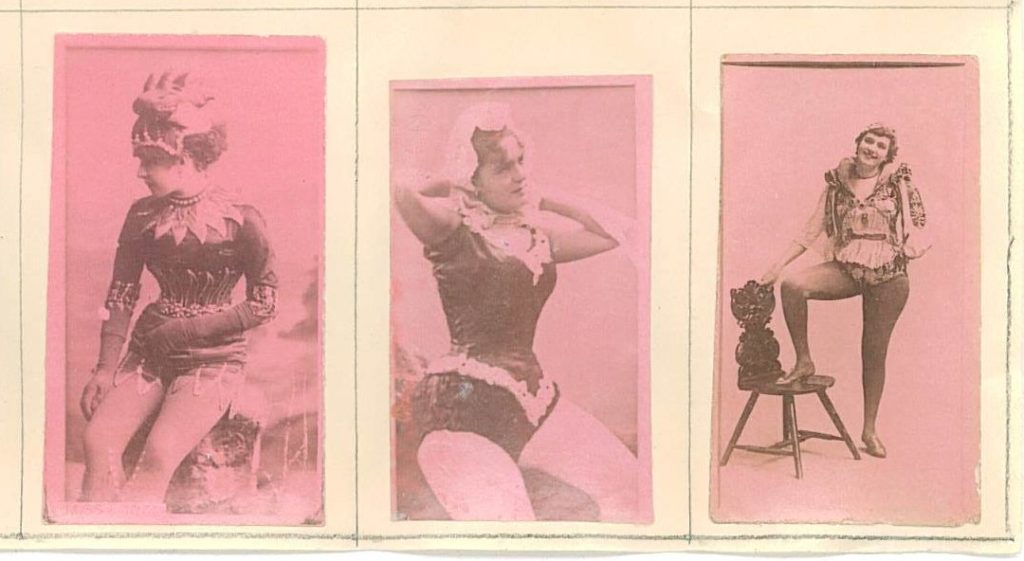 In addition to the US cards, there were other cards from a different set I believed to be of Swedish origin.  The cards from this set were numbered, on a white type, glossy stock and mainly comprised European subjects.  The majority of the scenes were of Stockholm, Sweden with the individual subject cards being of European Leaders and a few actresses.  A selection of these cards is illustrated below: 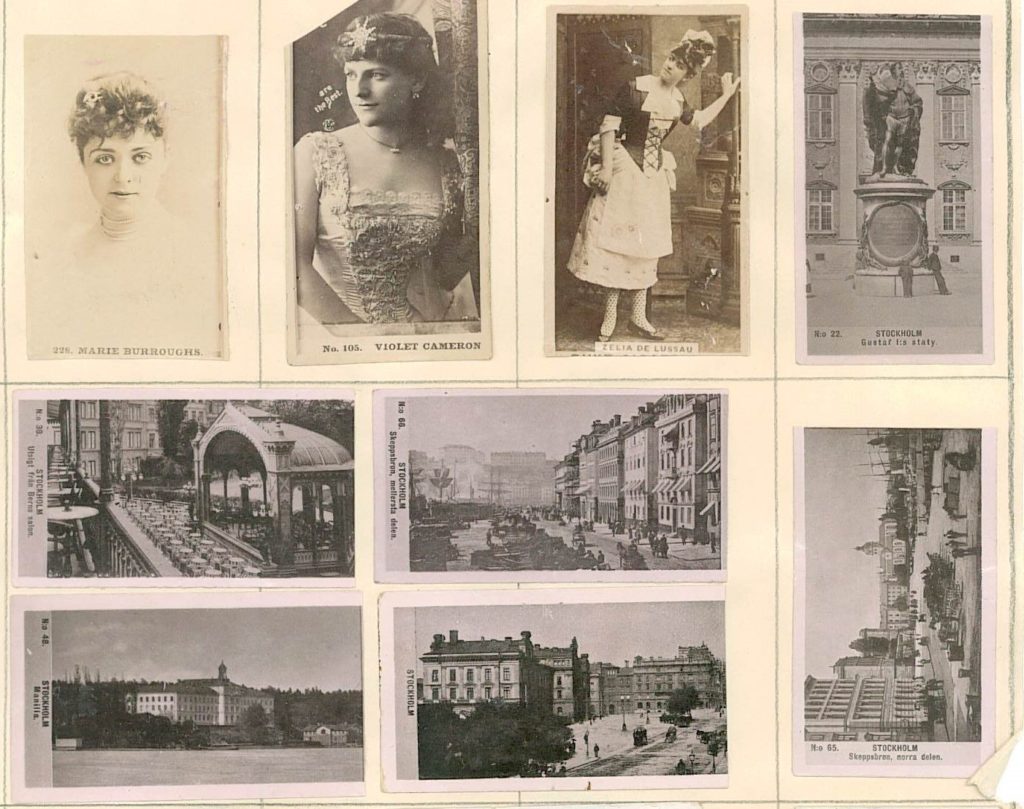 The only part of the album I have left are the five political cards shown in the initial part of the post.  I’m glad I saved the photos, however, so I could document how the album was constructed.  I love the old victorian scrapbooks–particularly those that have some type of insert cards in them that I collect!

Stay tuned down the road for Victorian Album #2 – Caramel Cards