Those that know me may know that I spent much of 2017 deconstructing what was a pretty large type collection.  Not entirely sure how it all started but by the ‘end’, I had 2-3,000 type cards in my typecard collection.  It was heavily weighted to tobacco and candy/gum issues because those were always my favorites and because I also collected many of those cards as complete sets.  As cards came into the sets and either got upgraded or large lots were bought, I would pull the card and put it in a semi-rigid and then label them with the American Card Catalog (ACC) classification with white DYMO tape labels at the top of the semi-rigid like this: 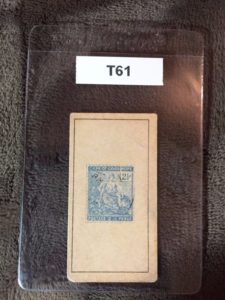 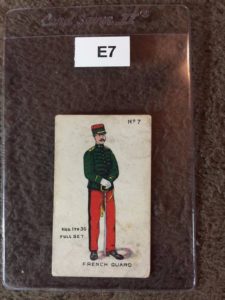 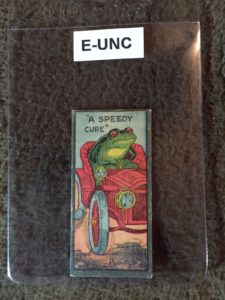 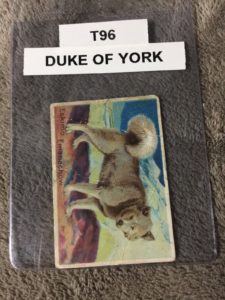 Some sets were represented by a single example while others had many examples.  It was all a function of what was upgraded, what lots were bought and what was needed in my sets.  As a result, the type collection grew to a pretty large size.  I was up to nearly three full three row larger white card boxes.

Things that were oversized went into 4×6 top loaders, 5×7 toploaders, 8×10 toploaders or other types of containers.  The same DYMO tape labels accompanied and identified those cards too.