Measuring about 4.0 by 5.0 inches, these die cut smoker’s heads were made by lithographers Major Knapp or H Bencke.  Some of the heads have ever so slight differences in them and others are completely different.  While not exactly rare, they don’t come up for sale that often. 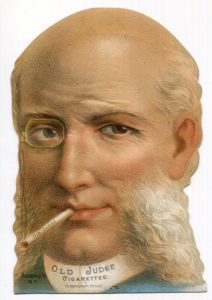 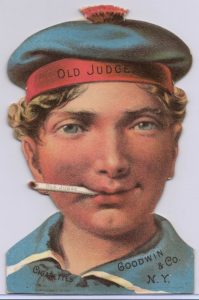 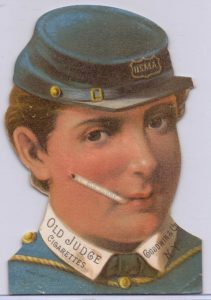 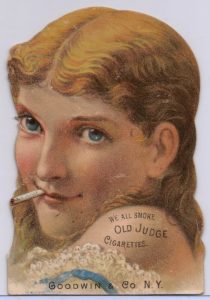 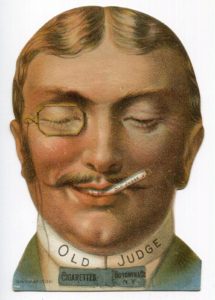 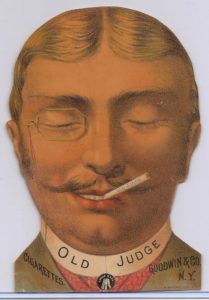 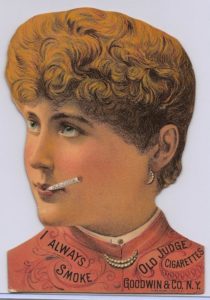 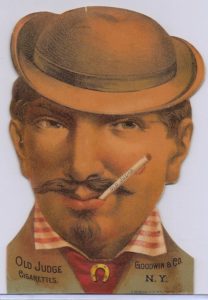 This die cut trade card pictures what might be considered somewhat controversial subject matter of switching a child.  The fold-over umbrella part has a little notch in the card which is often found torn in some manner.  The card is a common card but many different variations of the back exists.  It is a very popular card with sport and nonsport collectors alike as it talks about the baseball cabinet cards on the back.  There are different backs printed and then there are various overprints on the back outlining the number of coupons required to get an N173 Old Judge baseball cabinet card. 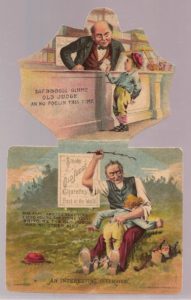 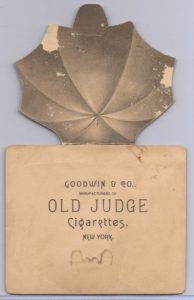 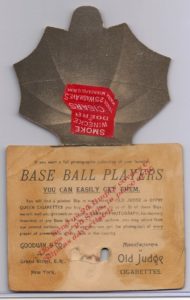 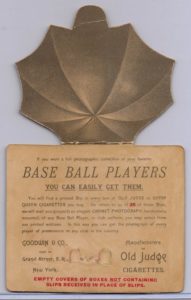 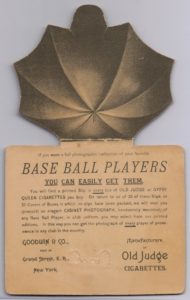 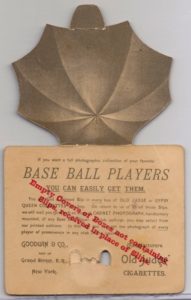 The second die cut metamorphic trade card is less common than the one above.  It also suffers from even more condition issues as both the fold and the center part of the card are often heavily creased. 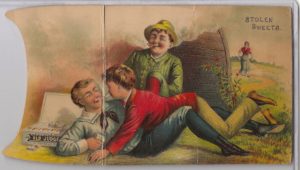 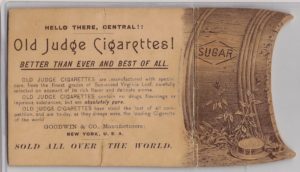 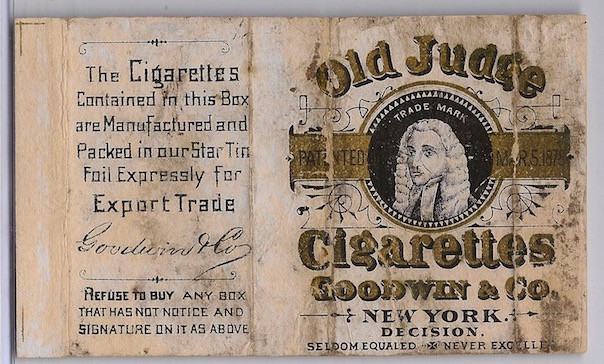 Both checklists outlined below offer the N173 Old Judge baseball cabinets for coupon redemption.  Very popular with baseball collectors and often found in lesser condition, they were inserted into packages of cigarettes along with the coupons that were required to redeem for the cabinets. 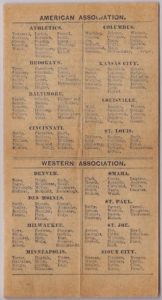 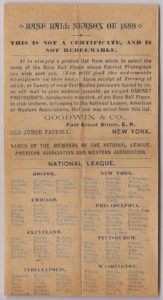